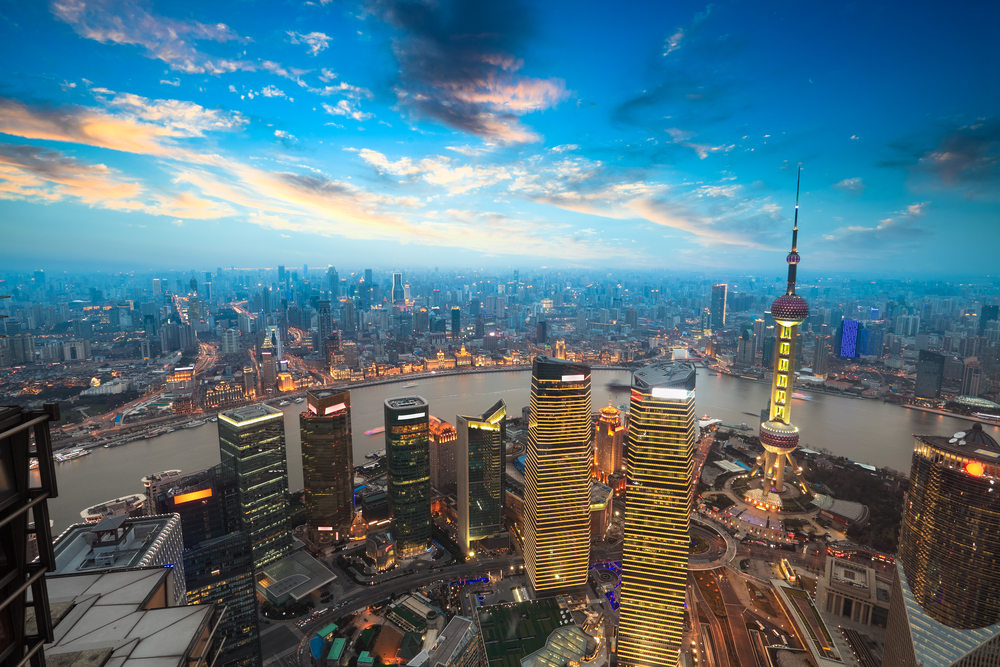 My Time in Shanghai

I wrote most of this post in early June, but have been back from China for a while. Shanghai was a fascinating place to end the trip, and we stayed for 3 days. Mr. Chow grew up and attended college in Shanghai, so I was able to get a full tour of the city, visit Kevin’s grandfather, and end the trip on a great note.

“Futuristic” is definitely one way to describe what Shanghai has become. The streets were as crowded as Beijing, and equally devoid of trash and litter, but everything seemed to have an extra layer of shine in Shanghai. The skyline is iconic; the buildings have a creative shape that bounce light off of the river in the daytime. At night, the skyline puts on a moving light show unlike anything in the United States. Downtown actually reminded me of Chicago, with its emphasis on luxury brand storefronts, as well as the impressive architecture and beautiful pedestrian walkways. We were able to experience the glitz of the city from above, by riding the world’s fastest elevator up to the world’s tallest observation deck in Shanghai Tower. My ears literally popped in the tiny space, like I was in an airplane, but the view from the deck was spectacular. Mr. Chow said that the skyline has exploded up in the past 20 years, and Shanghai did not look like this when he left for graduate school in the US.

We slammed back to the ground a couple hours later for a river tour, getting a great view of the lights as the sun set. It was perfect timing, and I’d highly recommend it; I’d never felt more relaxed across the world as I did on that boat. A filming crew actually approached us on the boat, and wanted to interview Kevin about being an American and visiting China. I had nothing to add because I can’t speak a word of Mandarin, but they wanted me in the frame! They then interviewed Mr. Chow about how Shanghai has changed over the years, and what it’s like to bring his son back. I wish I could understand the entire segment, because it looks really interesting. Between catching all these boats, elevators, and taxis, I felt like I’d explored the middle of Shanghai up, down, and around by the end of the night.

While I really appreciated seeing the city, meeting Kevin’s grandfather was my favorite and most valued part of the Shanghai stop. We stopped at a restaurant for afternoon tea, where I got to try Shanghai’s spin on boba, and I got to get to know his grandpa a little better. It required translation from Kevin and Mr. Chow, but I got the opportunity to hear about the Cultural Revolution from someone who lived through it. I was able to piece together a tiny bit of what Shanghai was before it claimed a more futuristic, technological feel.

On our last full day in Shanghai, Mr. Chow was kind enough to get us a tour of Zhongshan Hospital. This hospital is impressive; it’s a huge teaching hospital, and 2013 statistics have it at 1,700 beds serving 84,000 inpatients and 3,111,000 outpatients that year. When I walked through this hospital with a surgeon, I noticed the nurses were wearing the traditional white dresses and caps. The gap in education between doctors and nurses is more pronounced in China, but the nurses are still vital to help treat a huge patient population. As a nursing student, it was both fascinating and surreal to walk through a hospital so similar to the one I was used to. There were several differences in Zhongshan Hospital that I noticed; beds in the hallway of the emergency department were common, as well as some wings of the hospital keeping 4-8 beds to a room. This hospital had brand new equipment mixed with older equipment and charting methods. I was very impressed with the hospital as a whole, as well as the staggering population that this hospital serves.

I came to Shanghai for the beautiful architecture, the fascinating marketplaces, Kevin’s family history, and the food. The food in Shanghai cannot be matched, and the dumplings here were fantastic. If nothing else, go to China long enough to try all kinds of food. In two weeks I was here, I sought out Szechuan food, Beijing Peking duck, all kinds of dumplings, Shanghai fried rice, and even had time to compare the McDonalds and KFC to the ones back home (the basic menu items are not all that different, but the drink sizes are tiny). The markets were fascinating; I wish I had filmed more of it, but I got all of my souvenirs in Shanghai. The price they quoted me for an item was 10x the price they quoted Mr. Chow, so I was glad he was there to barter! I absolutely loved it here, and could have stayed for at least 2 more weeks. I may go back to my previous posts to edit them and add some more thoughts, but I’m glad I stayed on top of posting while I was traveling. I would have forgotten every historical site in Beijing by now!

While I was in Shanghai, I made a little video compilation. It can be viewed here: https://youtu.be/BK3QfFh-joo

Our appearance in the China TV segment starts at the 5 minute mark. It can be viewed here: https://www.iqiyi.com/v_19rr1vntsg.html