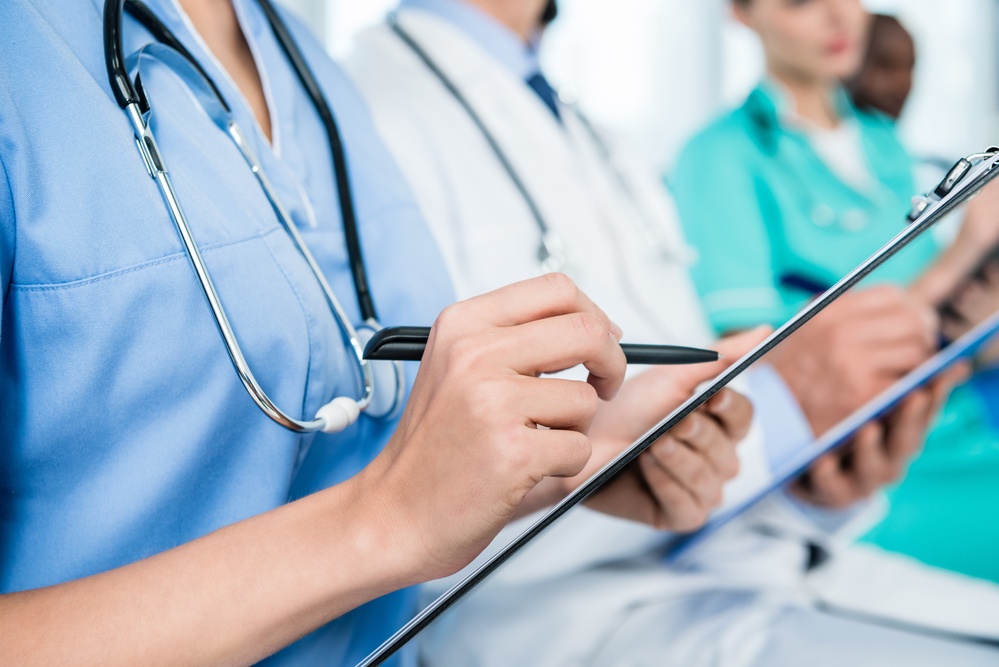 I’m A New Graduate Nurse in the ICU: Month 1

I just graduated nursing school and started my first job in the ICU. This is a path that’s becoming more popular each year, so I decided to make regularly updated videos that capture my experience and advice for nursing students that will soon be on the same path! This is the first video to highlight my first month as a new grad ICU nurse.

Hey, I’m Alley. I am a new ICU nurse that graduated in December 2019. I started my first job in February, so this is kind of a six-week update. I wanted to talk to y’all a little bit about what to expect when you’re a new graduate starting an ICU job. So as a new nurse, I was put in a residency program for new graduates that wanted to go straight into the intensive care unit or ICU.

So in the past, it wasn’t really typical for nurses to go straight out of school and straight into the ICU, but lately, they’ve made it more possible and kind of wanted to train nurses right out the gates to be an ICU nurse because every nursing position has a different prioritized skill set, and just way that you look at nursing, way that you practice nursing. And so a lot of hospitals want to take new nurses and train them the way they want their ICU nurses to work. So I have been working three shifts a week on the floor like every other nurse with my preceptor which every new grad should have a nurse more experienced than you that’s teaching you while you’re working. And so I’ve gotten a lot of quality time on the ICU floor. So these are the things that I found to be difficult as a new graduate in the ICU.

The first thing is being a third wheel during a report between two nurses is actually very difficult. I’d say it’s more difficult than just getting or giving report yourself with another nurse, because you are not the one asking questions, and you’re trying to keep up with the new terminology that you may not have necessarily heard before. So I might be next to my preceptor getting a report from the other nurse, and the other nurse will go “Okay, GCS 46-ET voluntary in command”, and I’m over there going “46-ET, hold up. This is the Glasgow Coma Scale.” Like you just get very lost in all the terminology as a new grad, and so getting report can be this big ordeal when you’re just trying to streamline, okay, what is the other nurse saying? When you’re third-wheeling report, it’s also really hard to interject and ask questions. Of course, that’s a confidence thing. You always have to have confidence on the floor and assume care for your patients. So if you think of it as I’m assuming care for this patient, I am in charge of this patient’s wellbeing, I better know what’s going on, then you’re more likely to politely interject and ask for clarification. But when it’s like a three-person report, it’s kind of difficult to get in and ask questions when you’re kind of more of an observer.

A second thing for where you’ll be just terminology in general, my brain is constantly buffering and lagging behind other people as I’m trying to translate the medical terminology and really learn it. Even for the simplest things or pieces of equipment, I remember on my first day, one of the nurses said, “Okay, hand me the yonker.” I was like “Yonker?” “Yes, yonker.” “Yonk who?” “Yankauer.” I didn’t know what a Yankauer was. I knew that to suction secretions out of someone’s mouth, you used oral suctioning, but apparently, the thing on the end of that is called a Yankauer. Thank you, Dr. Yankauer, I appreciate your contributions to medicine even though you confused me.

Number three thing I learned, two patients is a lot. Two patients is a lot. You will not have time to sit down. You will not have time to chart. The amount of charting in ICU nursing is crazy. Everything that the patient gets put in their body, everything that comes out, all the vital signs. It may be every 15-minute vital signs. All the things that you could have possibly thought of, you chart when you turn them. You chart when you clean their mouth. You chart when you tell the nurse practitioner that you think that the team should do something, got to chart that. You chart everything in the ICU. Even if you’re not charting, and you’re running around doing things, your muscle memory is not there yet, and a lot of nursing is muscle memory. Like I can take blood out of an arterial line to send to the lab, but I’m gonna do it about four times slower than any other nurse on the floor, so just that muscle memory of getting everything ready, making it sterile or aseptic or clean, whatever needs to be done, just kinda getting the muscle memory down. Like even the muscles in your fingers will become stronger, and you’ll know exactly how to tear something to open it without it flying everywhere. I don’t have that yet; things fly everywhere with me. That kind of stuff comes with time.

Also, when you’re running around and you hear the alarm in the unit go off, which is every three minutes in the ICU by the way, you have to look at your other patient to see if the alarm is them. So you’ll be doing something, sometimes it’s kind of emergent with one patient, and then an alarm will go off, and as the nurse, you need to look and see where that alarm’s coming from. Obviously, your mind is with the patient that you’re currently in the room with physically, and your mind is also with the patient in the other room no matter what. You can never devote 100% attention to one thing because you’re responsible for two patients usually in the ICU. So yeah, two patients is a lot. You’re either doing stuff, learning, getting that muscle memory, or you’re charting on them, and no matter what, it’s gonna be slow.

It’s okay to be slow as a new grad as long as you’re safe, slow and safe. Stop what you’re doing. Make sure that alarm isn’t your other patient and keep going, slow and safe. The problem is with your patients you want to make a difference and make them comfortable, but sometimes it takes 13 hours just to keep them alive. You realize that it’s the end of your shift and you didn’t have time to do the little things that you would want done for your family member like maybe hang up posters from home, and fluff them up and make them comfortable, or call a family member and ask what they normally like to watch on TV. That’s the kind of stuff that I picture myself doing as an ICU nurse, but I have to really try to make time for it right now. So what I would do to make myself feel better is look at the other experienced nurses that had time to do those things, and know that I’m on my way to getting as proficient as them, and having time to be that extra really good nurse because that other nurse that has time to call the family member and ask what her patient normally likes to watch on TV has already done task one, two, three, four and five on the list, and I’m still on task one.

It’s part of being a new grad; you’re gonna be slow on the skills. That’s what’s really killing me right now because I know I’m putting the patient first by doing everything on the task list to keep them alive or anticipating emergent procedures like blood transfusions. But the patient doesn’t think I’m putting them first because I don’t quite have time yet to sit down and talk to them as much as I want. It’s like the dreaded run to the supply room as a student nurse. What would normally take every other nurse 30 seconds to grab an IV start kit takes you five minutes ’cause you don’t know where the IV start kit is on the giant wall of supplies. That’s basically what being a new grad ICU nurse is like every day, 13 hours a day. That’s something that you can definitely work through if you know to expect it. If you go into ICU nursing as a new grad knowing that you’re gonna be the student nurse in the supply room for about six months to a year, it is a lot easier to digest and work through and just know that you don’t have the skill set, the muscle memory that an experienced nurse would have coming into the ICU. Like I said at the beginning of the video, maybe management likes the idea of taking new graduates right out of school to train them to be the ICU nurses that they want them to be and kind of mold them that way, but in the same vein, it’s like I barely know how to hang an IV bag on an IV pole right now because I’m new.

Those skills are brand new. And so you need to have a little bit of patience with yourself as a new grad nurse because they like that they can teach you to hang an IV bag their way, but the fact will remain you can barely hang an IV bag right now yourself. And they know that; they plan for that. Just have a really good positive professional attitude, and go into your new graduate ICU experience with an open mind, and expect constructive criticism, because obviously a new nurse that thinks they know everything is a dangerous nurse. So if you have that open mind, you have that professional positive attitude, and you take that constructive criticism, then that weird disjointed feeling of being a new grad on an ICU floor will dissipate pretty quickly for you, and you will find your rhythm on the floor and get better at ICU nursing in general. I’m not there yet, but I know I will be there in a year, and I still have a positive attitude because I’m where I want to be. So if you’re safe and you’re okay with being slow, and you’re positive and you’re professional, you’re set. You can be really successful as a new graduate on the ICU floor. That’s basically what I’ve experienced as a new graduate on an ICU floor, and what I expect the other new graduates would experience when starting in the ICU. If you liked this video, like and subscribe. That’s what I’m told you need to say. And I will be making more videos on my ICU experience as we move forward and we get closer to that six months and year mark of being an ICU nurse; thanks, y’all.