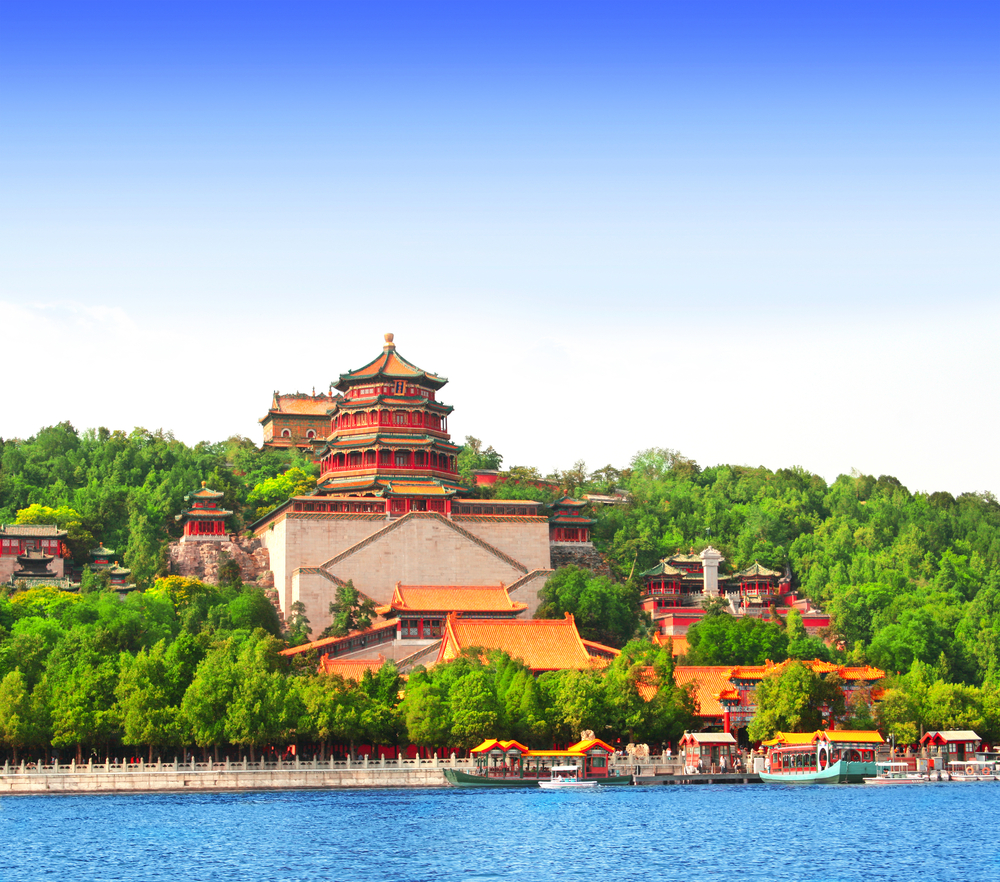 5/25 was my last day of private tours in Beijing, and my last day of Beijing history! We visited the Hutong streets in old Beijig, Beihai Park, and the Summer Palace.

Hutongs date back to the Yuan dynasty (1206-1841), and continued to be established through 1900. They’re narrow alleyways that define old Beijing. Hutongs connect lines of siheyuan, which are old-style courtyard residences that are aligned with Feng Shui principles. Three or four generation families live on the property, connected through the small courtyard. Many have been demolished, but the ones that remain are protected by the government and are worth millions of US dollars. They are rarely sold on the market, however, with many being passed down through generations within the family. Unless you are doing something drastic like moving your family overseas, it is considered bad luck to sell a property like this. The Hutong streets were beautiful, well-maintained, and very narrow. The houses were very small and short, and many of the Hutong streets had been converted to a bustling marketplace. Only bikes and small electric cars could fit through these alleyways, and it was fascinating to see how old these houses were. The markets and storefronts are easy to distinguish from the houses, since the houses are understated with simple red doors. 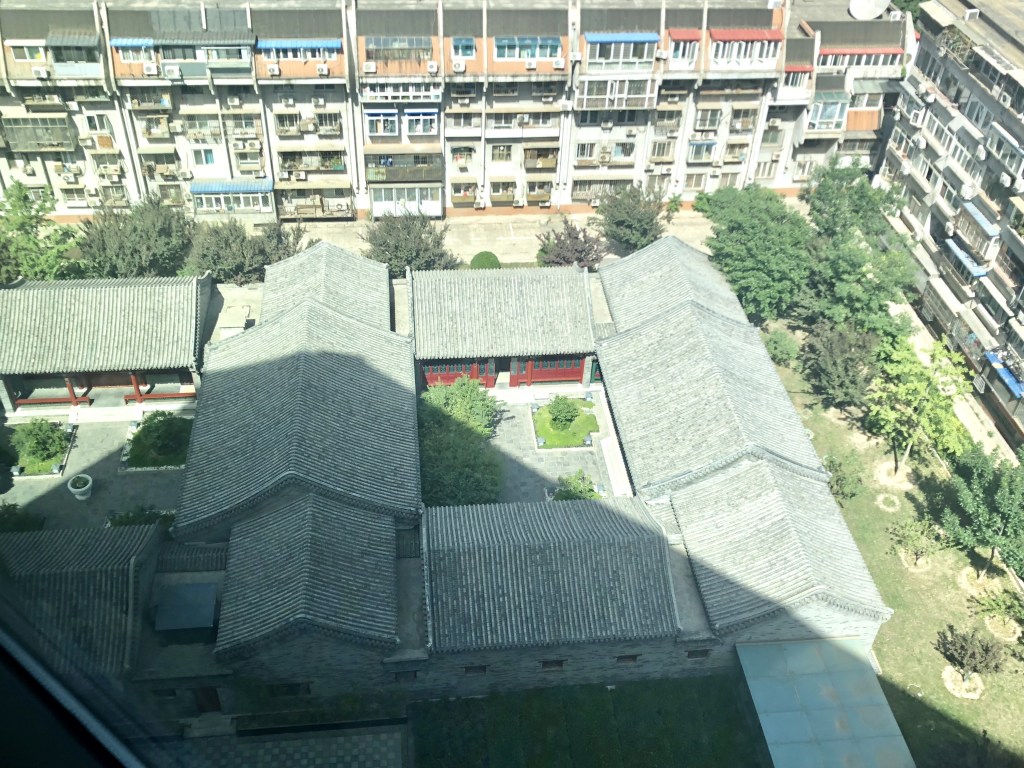 This is actually a view of 2 of the ancient houses from my hotel room. You can see how each house has a courtyard, and each house is connected. 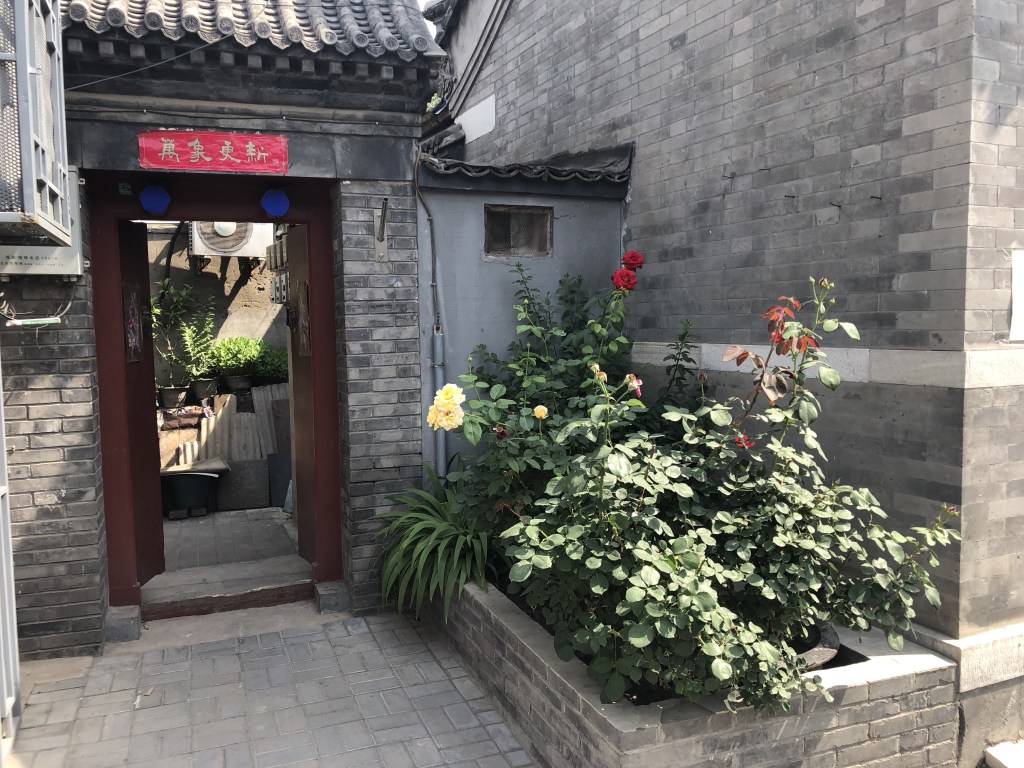 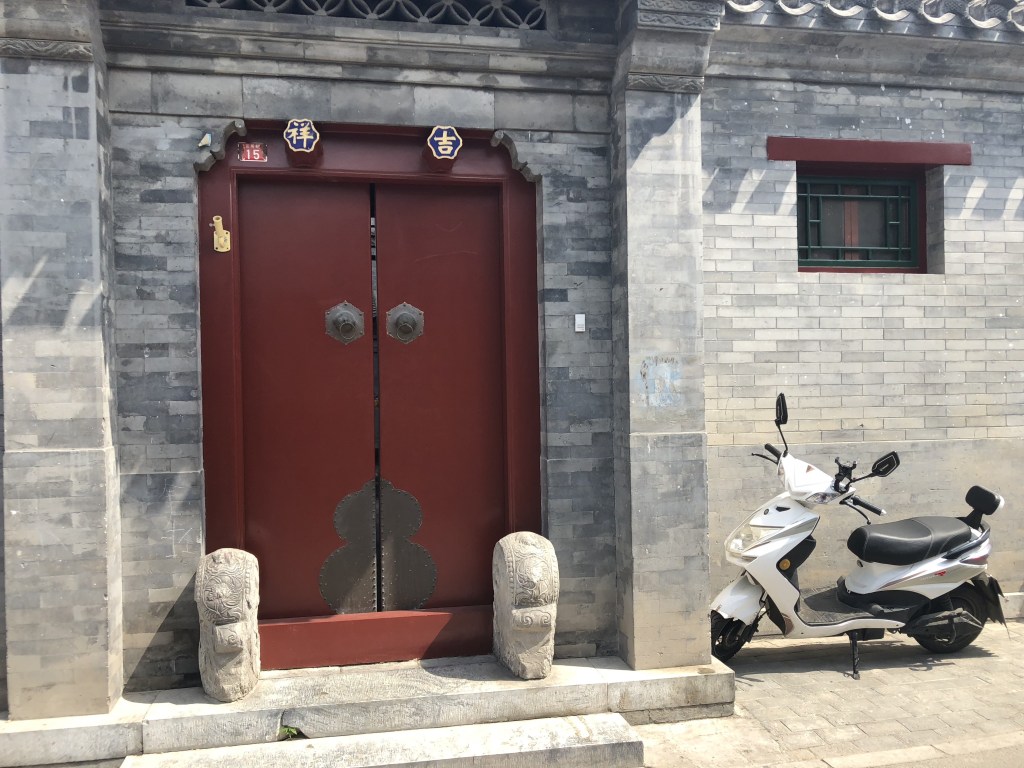 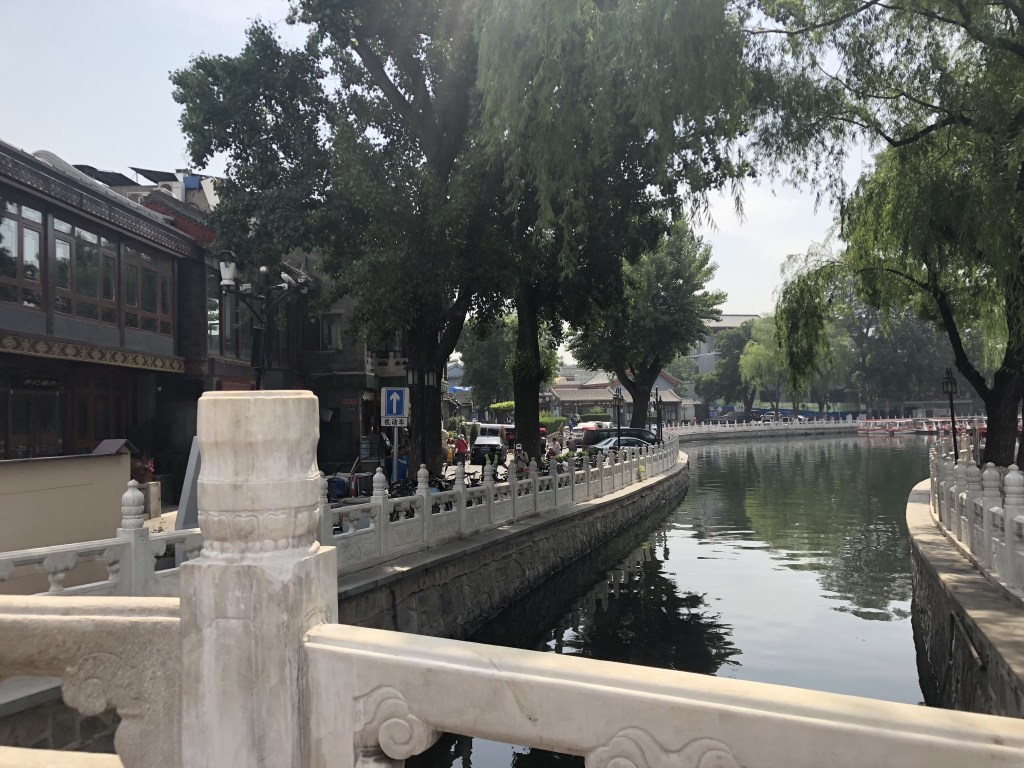 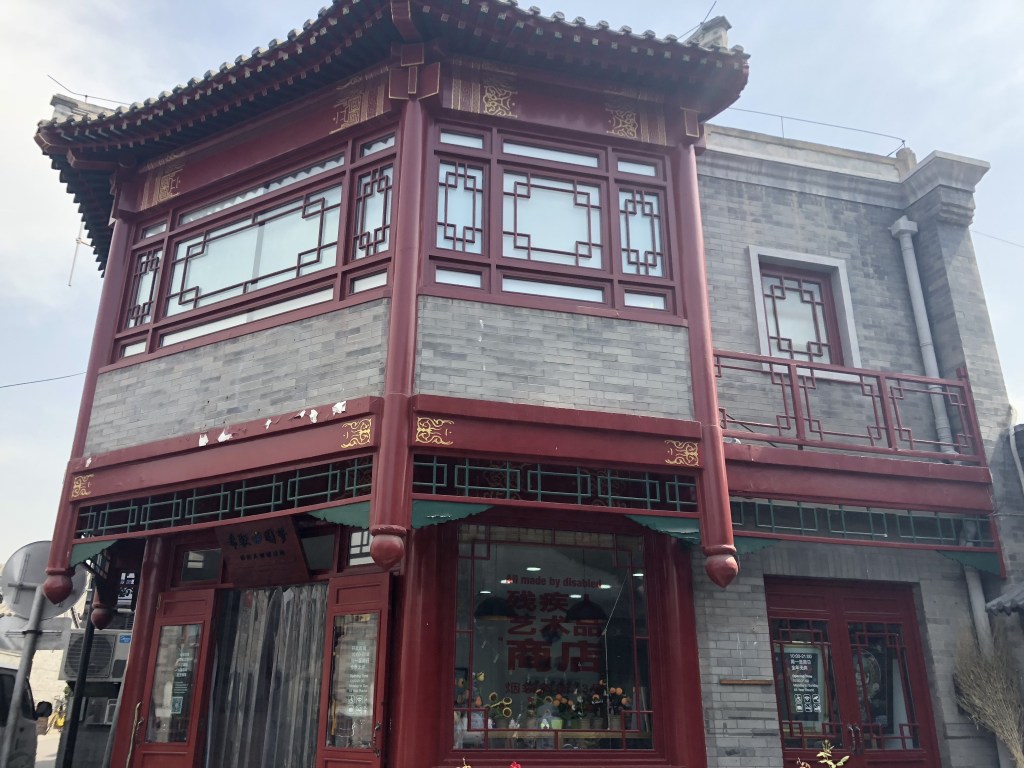 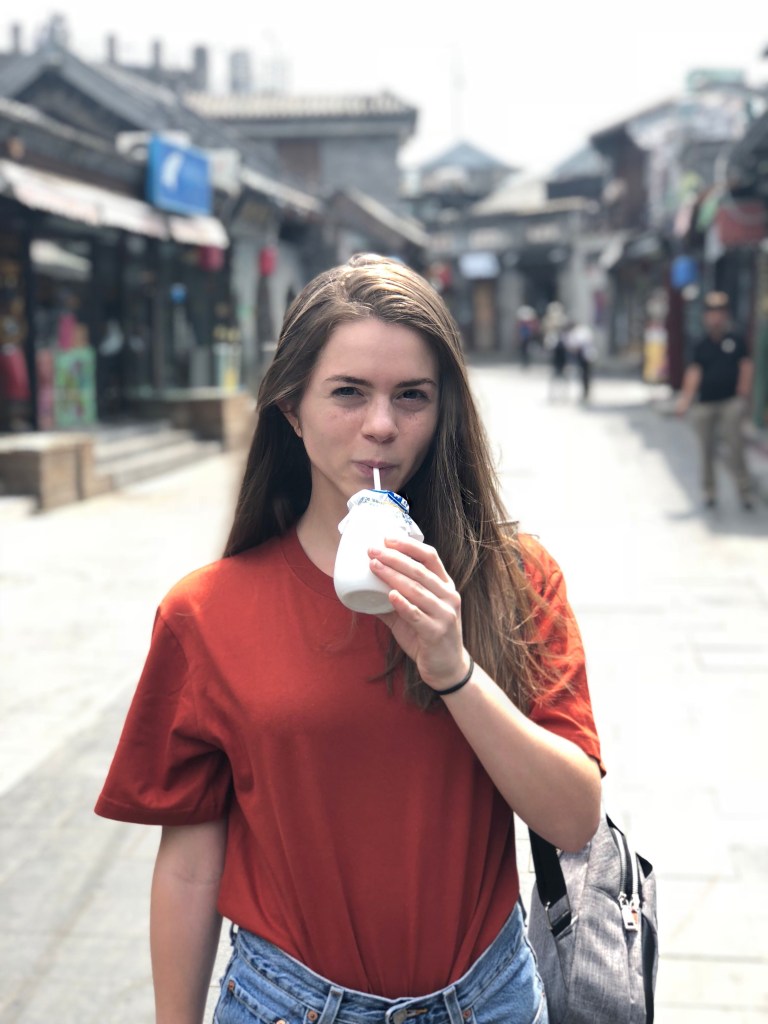 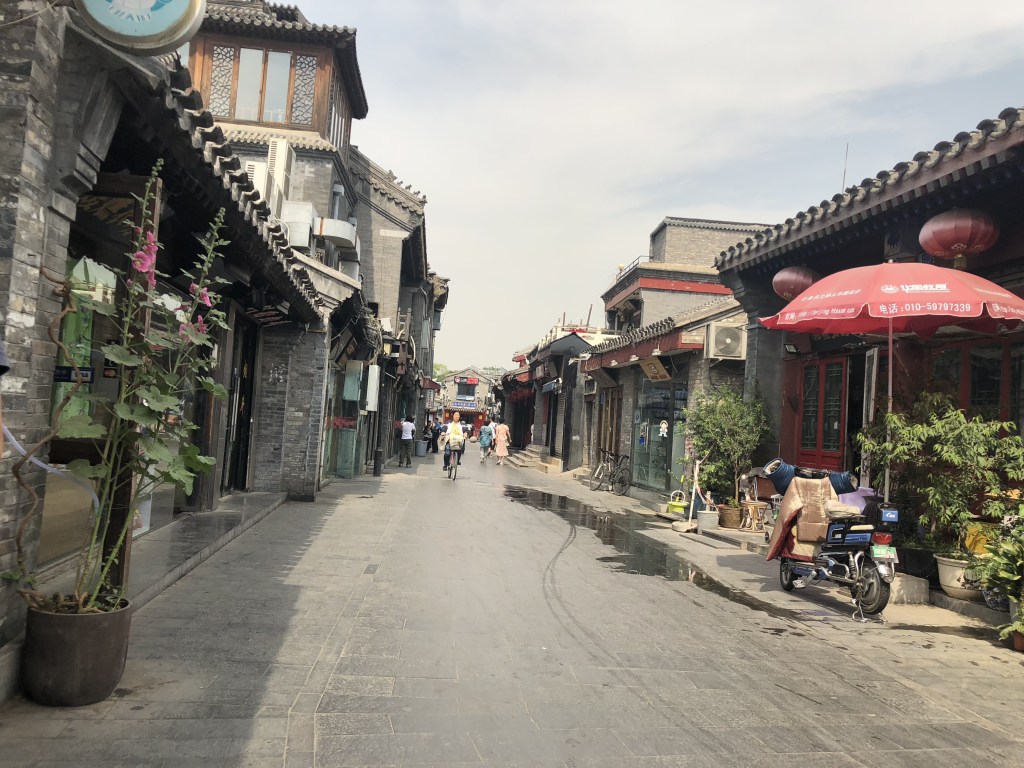 Our next stop in the Hutong streets, or Old Beijing, was the Drum Tower. In the Hutong streets, the people would tell time by the drummers in the tower. We went up into the tower, but this part of Beijing obviously doesn’t keep time like this anymore. However, we got to see some traditional drumming that was more of a performance-style. 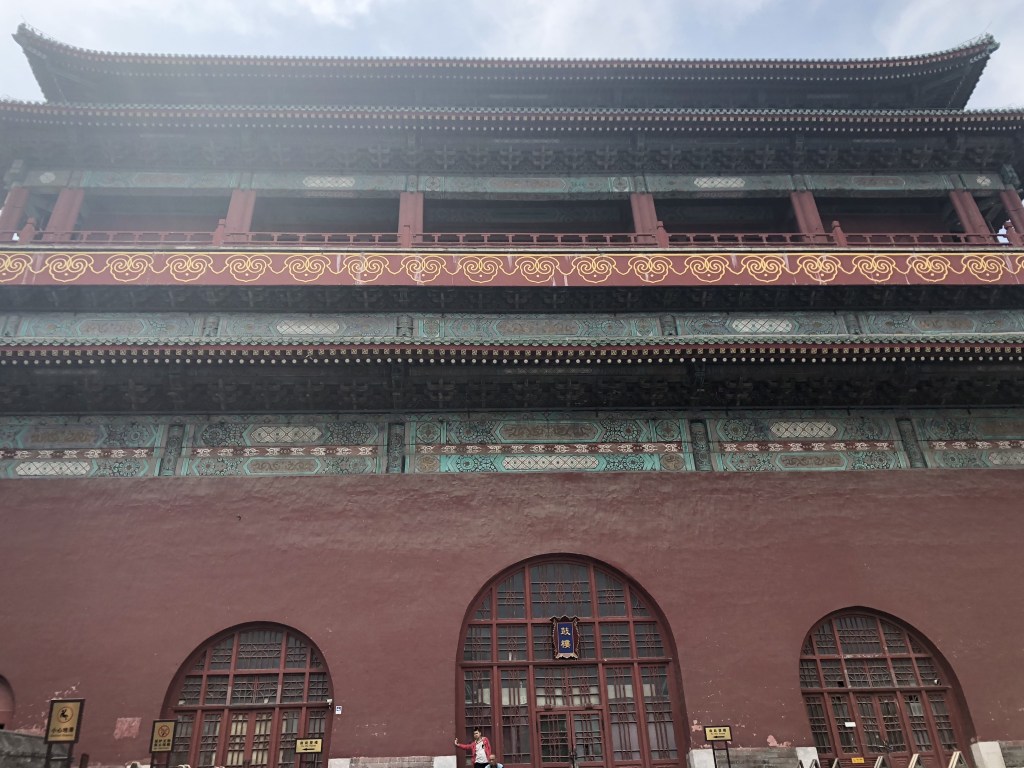 We then stopped at Beihai Park, which was a royal garden built in the 11th century and spans 5 dynasties (Lao, Jin, Yuan, Ming, and Qing). It’s 171 acres, with half being a lake. Our tour guide said the Mongols were from the desert, so when they reached this area, they believed that they’d reached the sea. 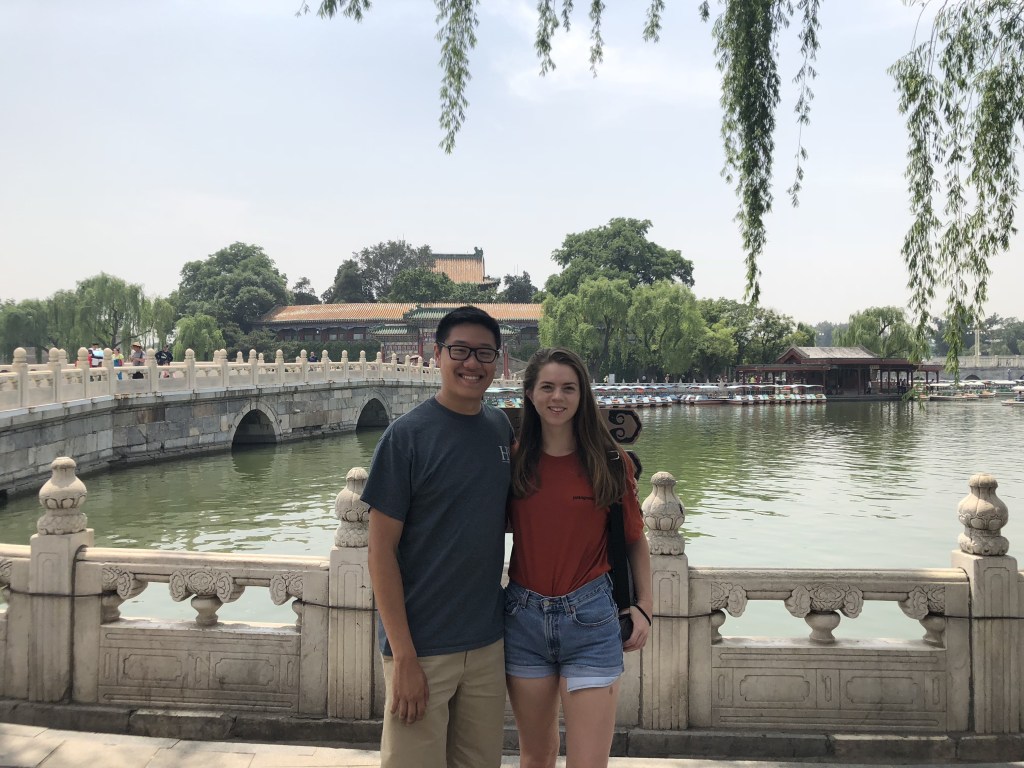 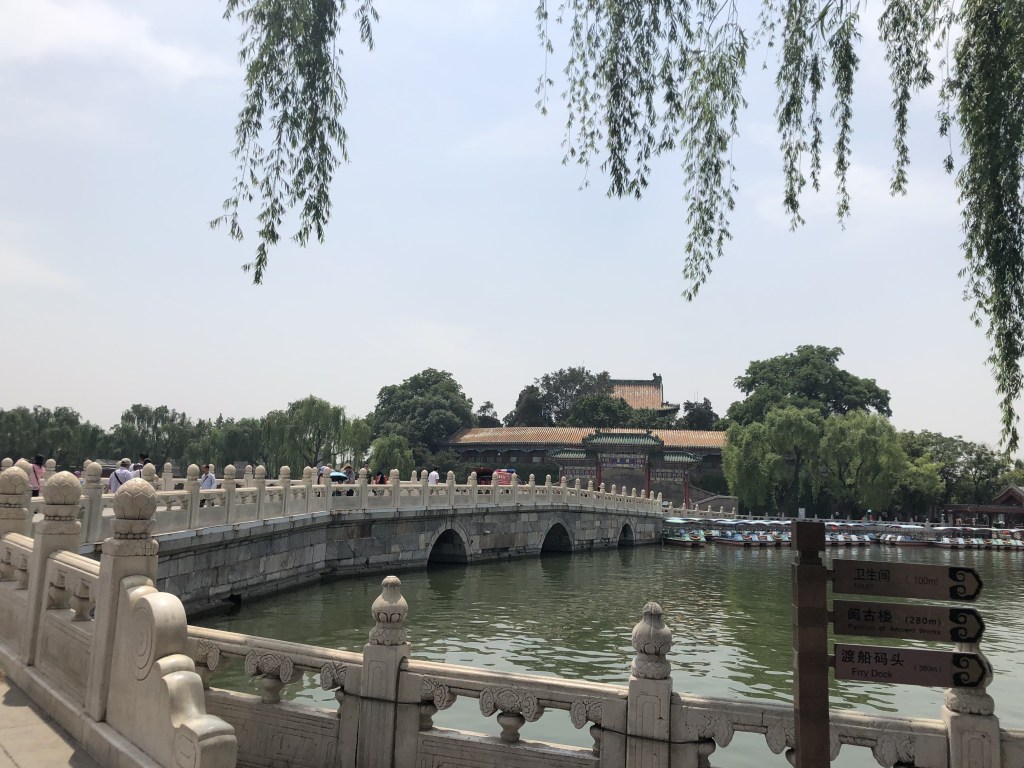 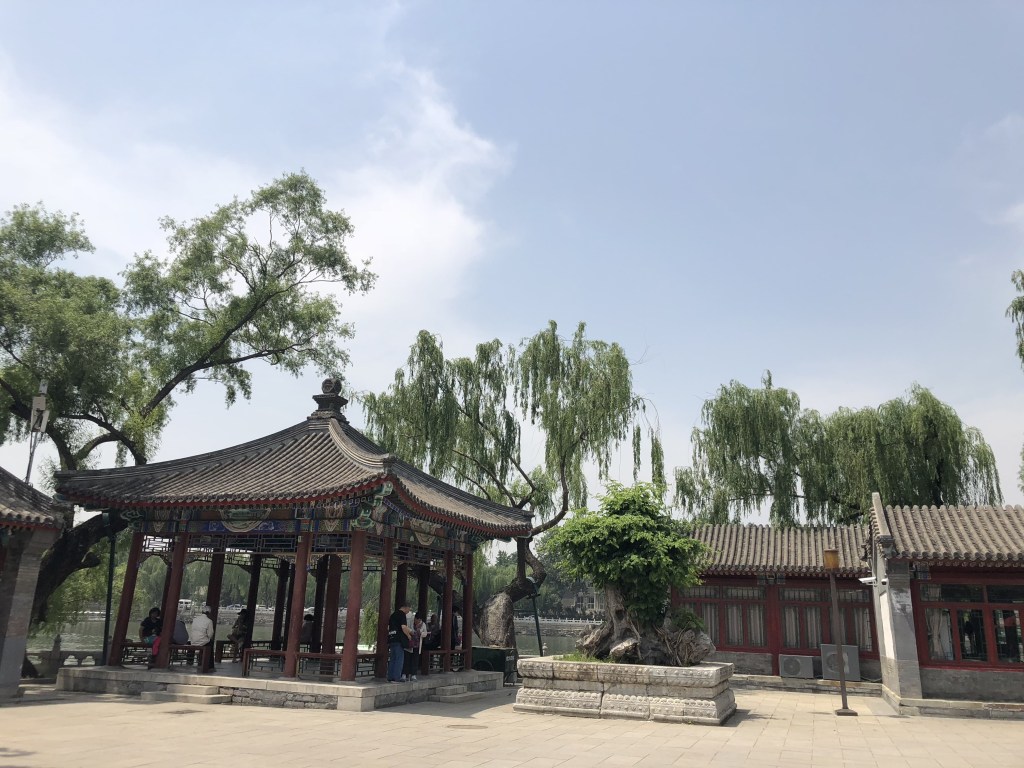 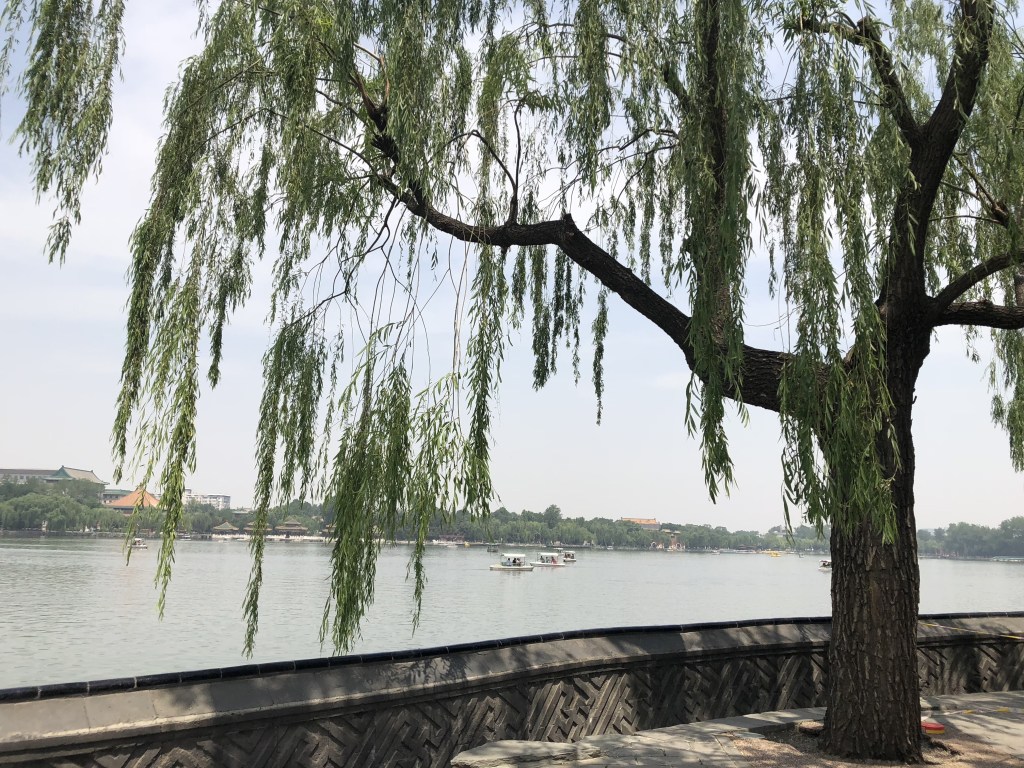 There’s so much history in this area that we didn’t even attempt to see it all. The park was built and used for the enjoyment of the emperors, and it is a short walk from the Forbidden City. We did get a chance to see the the gates to the Circular City of the emperors, and the Nine-Dragon Wall, built in 1756. We also saw the White Pagoda across the lake, which was built to honor the 1651 visit of the 5th Dalai Lama. We also stopped by the Temple of Extreme Happiness, built by Emperor Qianlong of the Qing dynasty to pray for the happiness and longevity of his mother. 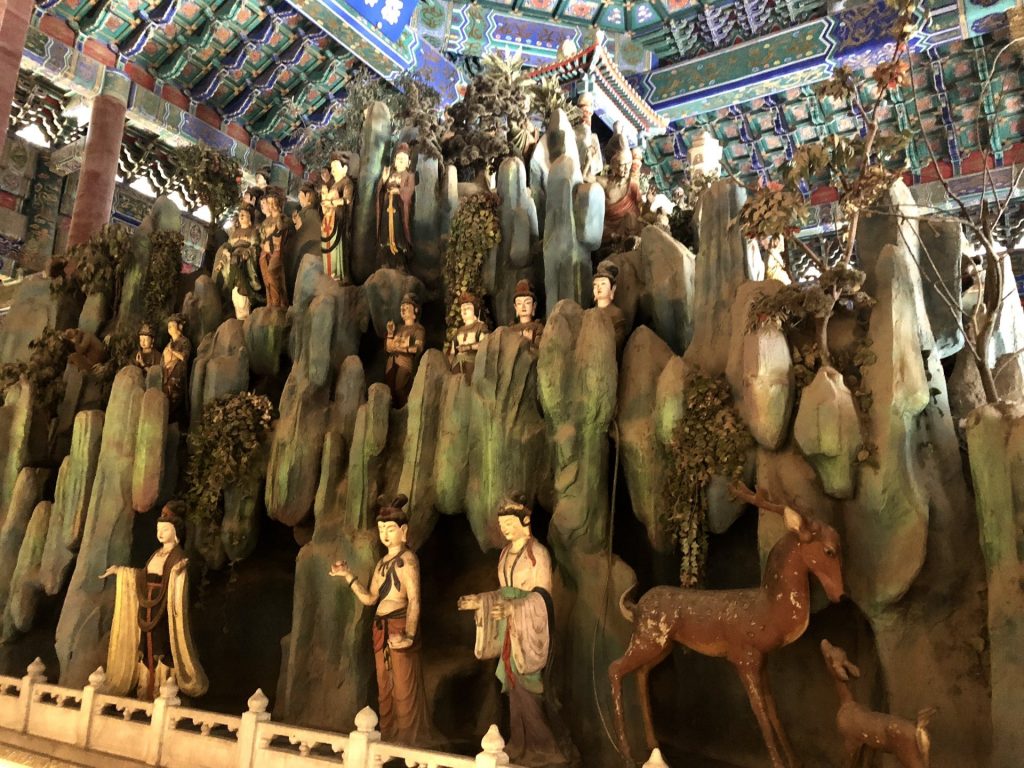 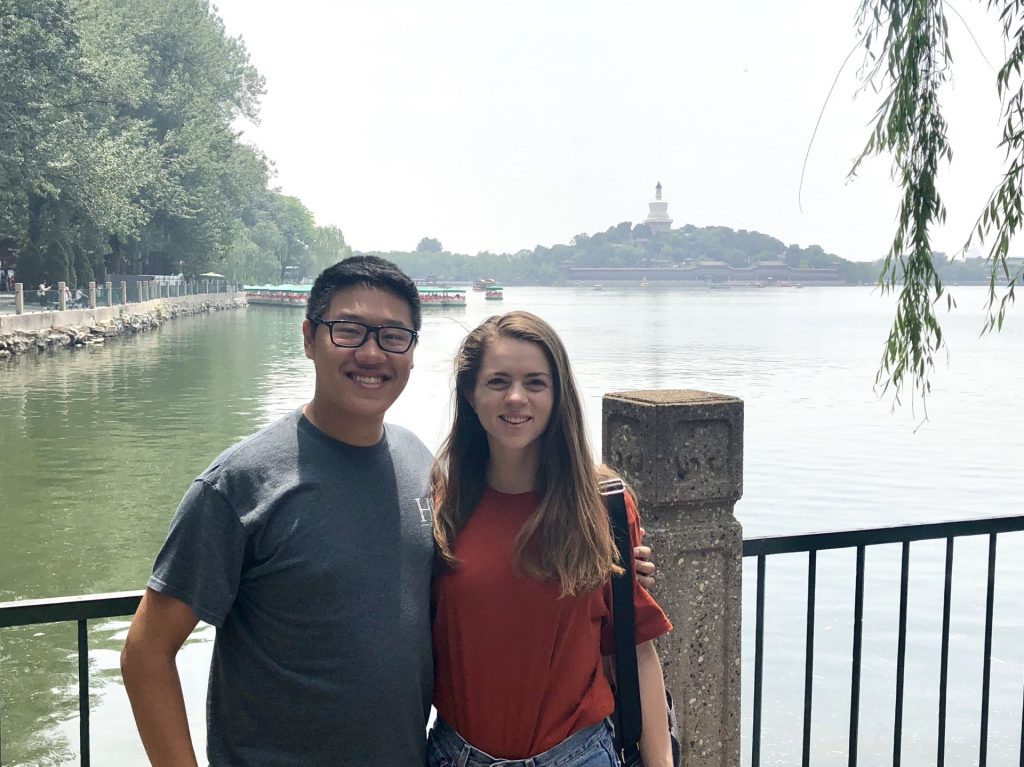 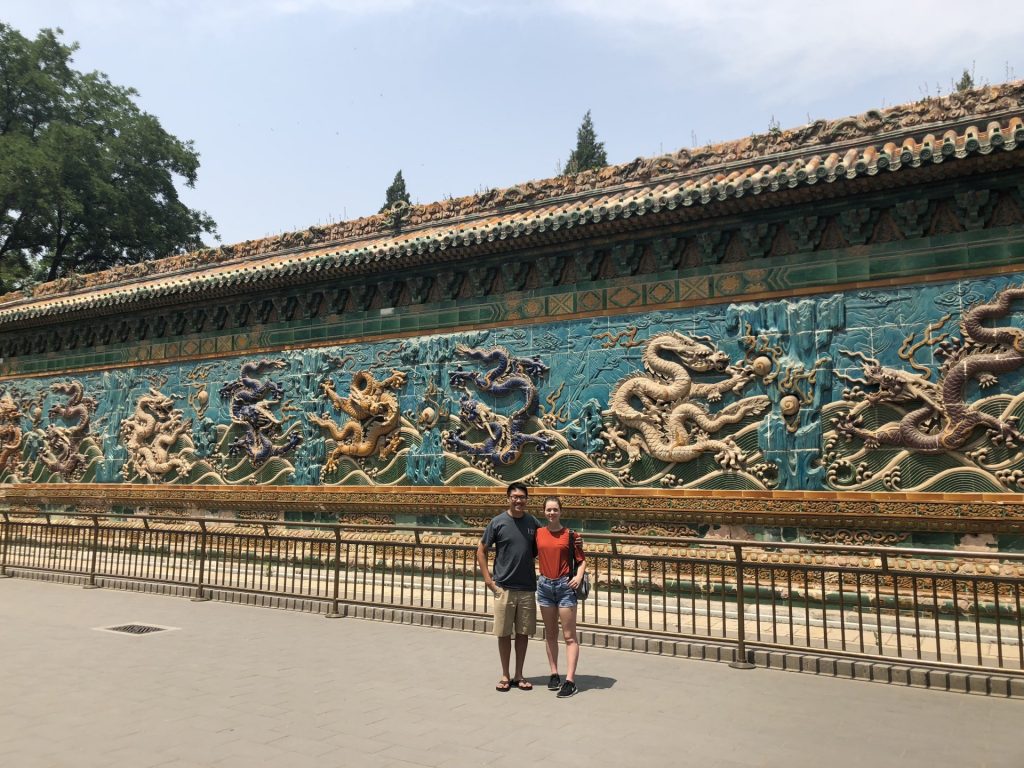 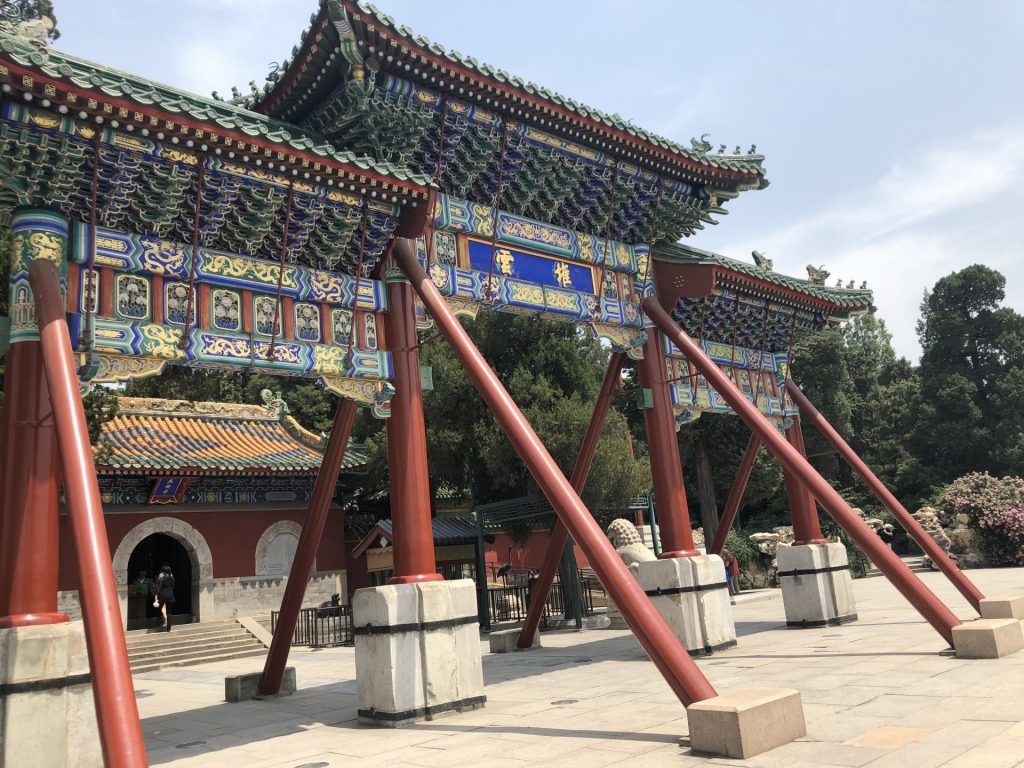 Gate to the Circular City, a place of leisure for the emperors 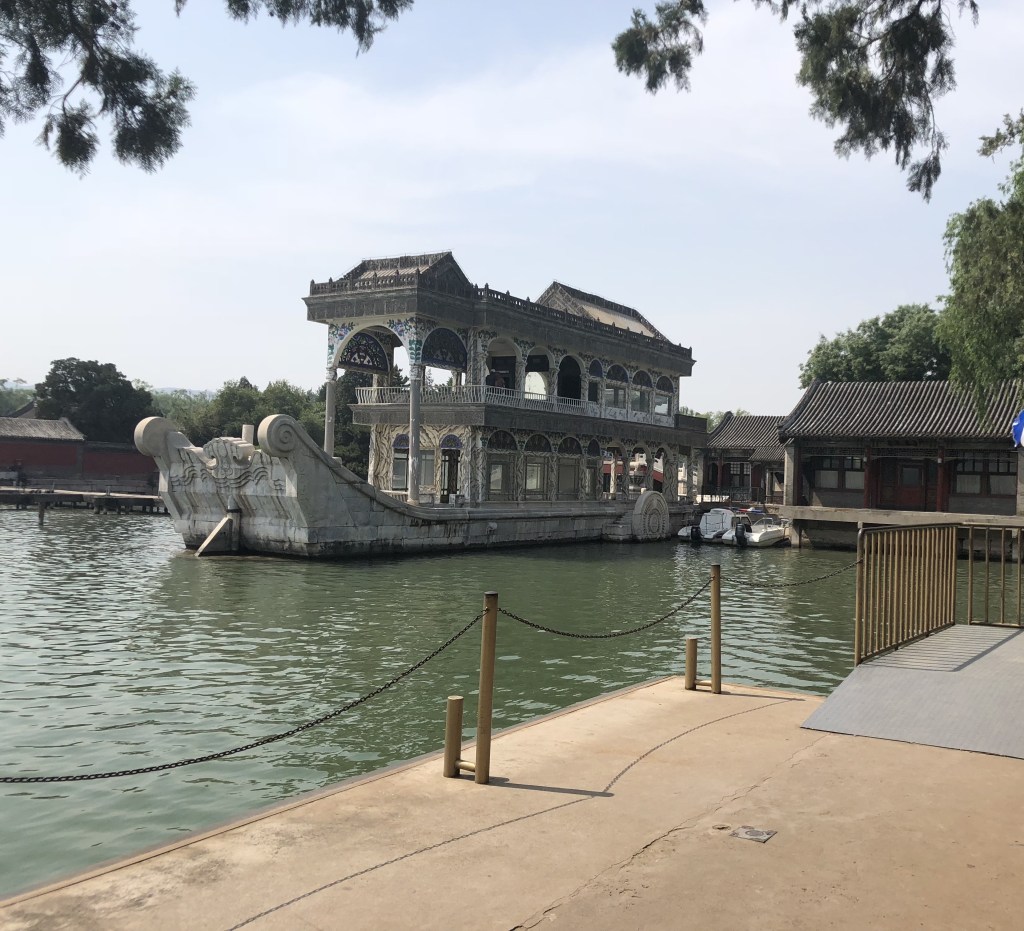 The marble boat, ordered built by Empress Cixi, using part of the navy’s budget. She came into power after her husband died, and was one of the only empresses of China that held power. 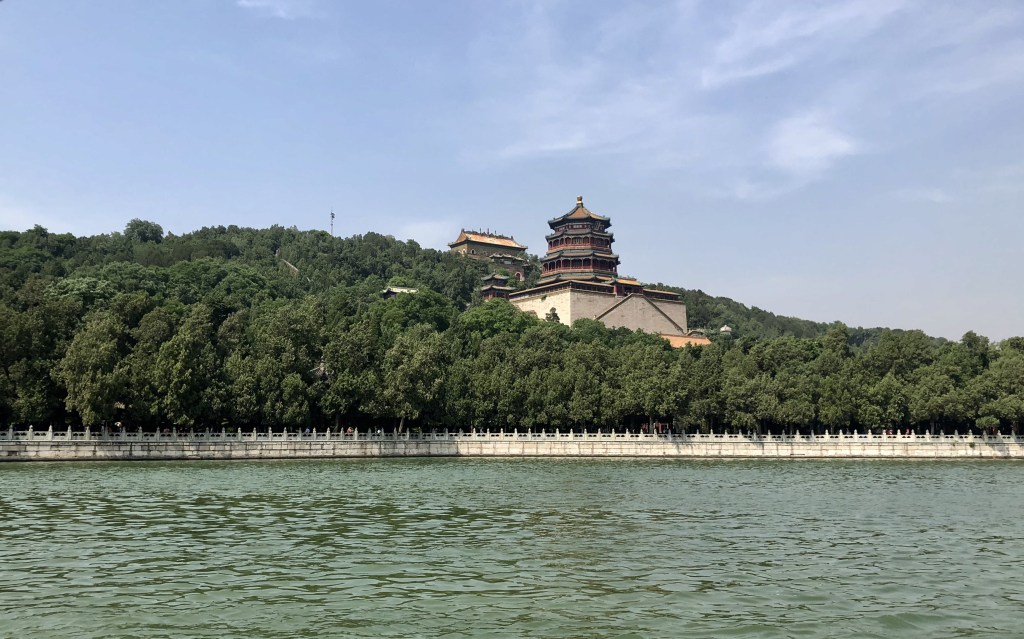 Buddhist temple in the Summer Palace, seen from a boat ride on the lake.

Our stop at the Summer Palace concluded our historical tour of Beijing on 5/25. I’ll have one free day in Beijing to explore the modern city, before we take a travel day to Xi’an to see the Terracotta Warriors. I’ll finish the rest of the trip in Shanghai!